DEWA IPO - Everything You Need to Know

DEWA is a famous company in Dubai formed by the amalgamation of Dubai’s water department and Dubai’s electricity company. These two companies were formed in 1959 and operated independently until 1992, when they were merged by Sheikh Rashid bin Saeed Al Maktoum, the then Dubai ruler. The objective behind combining them was to ensure proper production, transmission, and distribution of water and electricity across the entire emirate.

The Dubai Water & Electrical Authority is a large company with a net worth of up to 54.16 billion in 2022. The company serves up to 3.5 million consumers with its 13.4 gig watts of electricity and 490 million gallons of water every day

The company estimates that its customers will grow up to 5.8 million consumers by 2040.

What Does DEWA Do?:

Being a government established company, DEWA serves purposes severally among them, including;

To achieve all these objectives, DEWA has adopted three path-breaking programs. These are

The first initiative involves connecting solar panels to buildings and houses. The company educates and encourages homeowners to install solar panels (photovoltaic) to generate electricity. The installed Photovoltaic solar system is then connected to the company’s grid. Households will consume the electricity they generate and sell the surplus to the company. This encourages the use of green energy for sustainable development

The company wants its customers to stay on top of their bills. It has invested in advanced technology whereby it instals smart metres, grids, and new applications for its consumers. This helps offer automatic and detailed readings (both historical and current), which allows consumers to monitor their actual consumption for a given period. The consumer will then be in a better position to adopt the proper measures to minimise energy consumption

The above initiative aims at introducing charging stations for electric cars across Dubai. To ensure this is achieved, the DEWA company instals and manages both the infrastructures and operations of electric vehicles in the country. It highly supports the introduction and use of electric cars to minimize air pollution and safeguard the environment from the harmful effects arising from the transport sector in the entire emirate region.

On 24th March 2022, the DEWA Company announced the beginning of DEWA IPO subscription. It revealed that it’s ready to offer 6.5% of its share capital in IPO (equivalent to 3.25 billion ordinary shares). On 30th March 2022, the company increased its stake size from 6.5% to 17%. The decision to increase was because of strong investor demand coupled with oversubscription in all the trances.

It clarified that the price range per share would range anywhere between Dh 2.25 and Dh 2.48. The expected subscription period will close on 2nd April 2022 for United Arab Emirates investors and 5th April the same year for international and domestic investors.

Is DEWA IPO a good investment?:

If you wonder whether the above is a significant investment, the straightforward answer is YES. We boldly say that based on the following benefits.

How to Invest in DEWA IPO:

Supposing you are interested in investing in the DEWA IPO, you will need to open an investor account in the Dubai Financial Market DFM.

Once you have the above number, the next step you should undertake is approaching any local receiving bank and making a subscription

Wait for notification on 6th April 2022. That’s when you will be updated regarding the allotment.

In case you are successful, you are good to go. However, if things go to the contrary, expect to receive a full refund/after 11th April 2022

If you want to know more about how to participate in DEWA IPO, please send us an email on info@thefinancedean.com

Read More: How to Invest in UAE Stocks Market

Who can invest in DEWA IPO?

The following are welcome to invest with the DEWA IPO

DEWA employees and other retail investors can only make an initial investment of an amount not less than Dhs 5,000. The subsequent investment should be at least Dh 1,000

And for institutional investors, the minimum amount is Dh 1,000,000 with no maximum limit.

When will DEWA trading go live on the DFM?

DEWA IPO – Everything You Need to Know 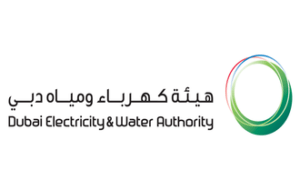 DEWA IPO – Everything You Need to Know

Subscribe to our newsletter and receive the latest
personal finance topics