Forex trading is one of the fastest ways to grow your wealth, and with the help of technology, almost anyone can trade in Forex with minimal setup and hassle, even from the comfort of their homes.

If you’re new to forex trading in UAE but want to learn the basics, then this guide is perfect for you. You’ll have an overview on the Forex trading basics and we’ll recommend the 5 Best Forex brokers in UAE.

However, if you are an experienced forex trader looking for a new broker, you can only view our list of top 5 forex brokers in UAE.

We help UAE-based forex traders ̣– both beginners and advanced traders – to identify the best trading brokers and tools for their needs.

Here are the factors we consider when rating a broker:

Forex.com is a global FX and CFD broker founded in 2001 works in over 180 markets. The parent company of Forex.com is GAIN Capital, which is based in the US and listed on the New York Stock Exchange NYSE:GCAP.

XTB started in 2002 as X-Trade. In 2004, it merged into XTB group. Currently, X-Trade brokersDM SA in Poland, is one of the biggest Forex and CFD brokers listed on the Warsaw stock exchange. They have offices in 13+ countries, including Poland, the UK, France, Spain and Germany.

Though XTB’s market doesn’t match those of bigger platforms, it outdoes them in crypto trading. Moreover, they run proprietary trading technology that provides traders with quick and reliable trading speeds, full transparency on trades, and no requites.

To affirm their position, they received the ‘Best Trading Platform’ award in 2016 and was voted the top-rated Forex and CFD Broker in 2018 in the Wealth and Finance International Awards.

Swissquote is a Swiss investment bank established in 1996. Listed on the SIX Swiss Exchange (symbol: SQN) since May 29, 2000. The Swissquote Group  headquarter is located in Gland (VD) and offices in Zürich, Bern, London, Luxembourg, Malta, Dubai, Singapore and Hong Kong.

Swissquote MEA Ltd. is a subsidiary of Swissquote Bank SA based in Dubai, UAE and has an office in the DIFC (Dubai International Financial Centre).

eToro is one of the world’s leading brokers. A social trading network where people can interact, check others portfolios and copy the trades of the best performing investors.

Is Trading Forex in the UAE Legal?


Yes, currency trading is legal in the UAE!
The Central Bank of the UAE regulates all the local forex brokers, while the Securities and Commodities Authority (SCA) issues trading licenses.

That said, you are safe if you work with regulated forex brokers.

The Concept of Forex Trading:


Forex is an acronym for foreign exchange, often abbreviated as FX. Subsequently, forex trading is the buying, selling and exchanging of currencies at specified prices.

The forex market is the biggest in the financial markets as central banks and governments, too, trade currencies to stabilize and control their currencies. So naturally, such huge institutions have the war chest to trade currencies for millions of dollars at any time, which explains why the market achieves over $5 trillion daily turnovers.


Forex traders exchange every currency. And since the market is globally decentralized, the trade can happen anywhere, be it online or over-the-counter. But, regardless of the location, the market forces of demand and supply determine the exchange rates for every currency.

Forex traders exchange every currency. And since the market is globally decentralized, the trade can happen anywhere, be it online or over-the-counter. But, regardless of the location, the market forces of demand and supply determine the exchange rates for every currency.

Forex trading relies on the exchange rates, which explains how much one currency is worth another currency. So it’s to say; trading forex is exchanging the correlation between a currency pair, e.g. American Dollar (USD) is weighed against the United Arab Emirates dirham (AED).

Currency pair is the standard as to how to represent correlations between currencies. We use the official currency abbreviation, separated by a forward slash (/). Examples include:

When pairing these currencies, the foremost symbol represents the base currency. On the other hand, the symbol that comes after the forward-slash is the quote currency.

Like in our examples above, the American Dollar is the quote currency for the United Arab Emirates dirham and the Euro, which both take base currency roles.

Currency pairs help you know the value of a home currency compared against a foreign currency.

With that being said, no forex trader trades every currency in the world. Instead, most limit themselves to a handful of currency pairs. We categorize these pairs into three groups based on their stability and international influence. The groups include:

Major currency pairs are any pair that includes the US dollar (USD). So, in the UAE, AED/USD could easily fall in this category. However, officially, there are only four main major pairs. They include:

Other equally popular options widely considered to be members of this category include:

These seven major pairs are the most liquid, and hence, the most traded in the market. Together, they account for 75% of all forex traders globally. Also, they have the tightest bid (buy) and ask (sell) spreads, which will tackle /shortly.

Though, among the seven, EUR/USD remains the most traded, recording the biggest daily turnover. As a result, the pair is the easiest to analyze and the most attractive choice for institutional traders.

Minor currency pairs include any currency among the seven major pairs, excluding the US dollar. They are constituted by a combination of any of the following against other currencies:

All other currencies form what we call exotic currency pairs and is by far the largest category. Though this is the most complicated for traders, there are not always sufficient data to back predictions. For example, it isn’t easy to analyze the dirham against the Swedish Krona (SEK) or Turkish Lira (TRY) than against the US dollar.

Though forex brokers offer you many exotic pairs, when trading forex in UAE, you should stick with majors and minors. Unless, of course, you are dealing with a home currency.

Leverage, spread, and margin are the most important concepts to understand before you jump into trading forex. So, let’s take a look at them individually.

Spread is the gap between the bid and the ask prices.
If you open any trading platform, you will see two prices, bid and ask.

The “Bid”, also referred to as “Sell”, is the price at which you will be “selling” your position at.

The “Ask”, also referred to as “Buy” is the price at which you will be “buying” a position at.

The difference between the buy and sell, or ask and bid, is the spread, and this is how brokers make their money.

In our example, the difference between ask and bid is

Do remember that on EUR/USD pair, the pip value is identified as the 4th digit after the decimal, which makes the spread 0.4.

Note: Always search for the tight spreads to maximize your profitability.

If you are not so new to Forex trading, then you’ve probably heard the old cliche “Leverage is a double-edged sword!” Some traders say, “Leverage is a two-way street.” What do they mean? Hold that thought.

Leverage enables you to control your broker’s money to complement your investment and improve exposure to increase your profit in each trade. Technically, it is a loan from your broker.

Margin is the minimum amount of money you need to open a position with your broker. It’s usually expressed as a percentage of the full position. Like in the example, for the $10,000 for a $100 investment, the margin here is 1%.

Most forex brokers have between 0.25% to 2% margin. When choosing your broker, it’s an important consideration as it helps you tell the maximum leverage you can wield with a trading account.

As already mentioned, the Central Bank of UAE, in conjunction with SCA, have a set of provisions to ensure only forex brokers that offer high-quality, fair and transparent services get licensed. Among these requirements are:

That’s, however, not to say that the country prohibits offshore brokers. These brokers need a domestic representative and must prove their liquidity.

SCA ensures the registered Forex brokers UAE are compliant and maintain fair and honest business practices. It does this to protect traders and improve the overall financial markets.

How to Start Trading Forex in UAE?

Some people trade forex in UAE to grant extra income. But of course, just like elsewhere globally, some traders do it as their primary source of income. So what’s important is to sign with one of the forex brokers registered with the CB of the UAE.

Here is a step-by-step guide on how to start trading forex in the UAE:

Before you start trading, you need to learn how to trade, identify your trading methods, and develop your strategies.

The three methods to trade forex include:

iii) Spread betting: The method uses a forex derivative but requires traders to predict whether the value of a currency pair will rise or fall within a specific period. But this is an option mostly offered by offshore forex brokers as it’s mostly deemed as betting, which is haram (forbidden) in the UAE.

You decide how you want to trade forex before picking your broker because each broker specializes in a specific way of trading.

You now have your trading methods, but you must also get your strategies right. There are many trading strategies that you can incorporate. They include:

Day trading is not a get-rich-quick scheme. Rather, it’s an approach to trading financial instruments. A trader opens a position and closes it on the same day to take advantage of the volatile market movements. The trader often holds the position for only a few minutes and closes it.

Consequently, the frequent but small market changes make it tasking and require special skills. Most entrants lose money in the long run.

Swing trading employs the same principles of day trading, except that the trader extends the duration of holding a position from a few minutes to a few days or weeks.

You get the advantage to do some market analysis and study price movement trends. As a result, it’s a lot easier to master than day trading. But it’s not to say forex swing trading is not without risk.

On the rear side, most brokers charge you a fee when you keep a forex position overnight, which is called “swap” fee.

If you have traded stocks, then you’ve heard long and short trading.

When you buy a currency pair with the hope to sell at a higher price in the future, that’s long trading.  On the other hand, if you sell a currency pair in anticipation of a fall in price, that’s short trading.

In forex trades, you take a “long” position with one currency and “short” with another when you open a trade.

Read more: What is CFD contract for difference? 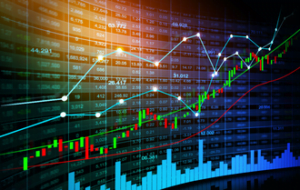 Subscribe to our newsletter and receive the latest
personal finance topics